Slush Tokyo Main Stage will feature some of the most prominent figures from various industries. These top-notch speakers will give keynotes and engage in active discussions. As doors open already tomorrow at 9:00 am, we thought giving you a little preview of what to expect from our biggest stage.

Steve Jang is an angel investor and technology entrepreneur based in San Francisco. He invests in early-stage technology startups, mostly in the consumer software, e-commerce, connected devices, and robotics sectors. His portfolio includes disruptive companies, such as Uber, Hyperloop, Postmates, Coinbase, Enso, Forward, Lily Robotics, Connora Systems, and Zymergen. Since 2009, he has served as an Advisor to Uber since through product launch, and now global expansion.

And we also have the Uber Founder with us: Garrett Camp. He has also founded Expa, a global network of entrepreneurs helping each other build companies. Since it’s creation, Expa has raised $150M to build new startups and has launched more than a dozen companies from its Startup Studio and Labs program. 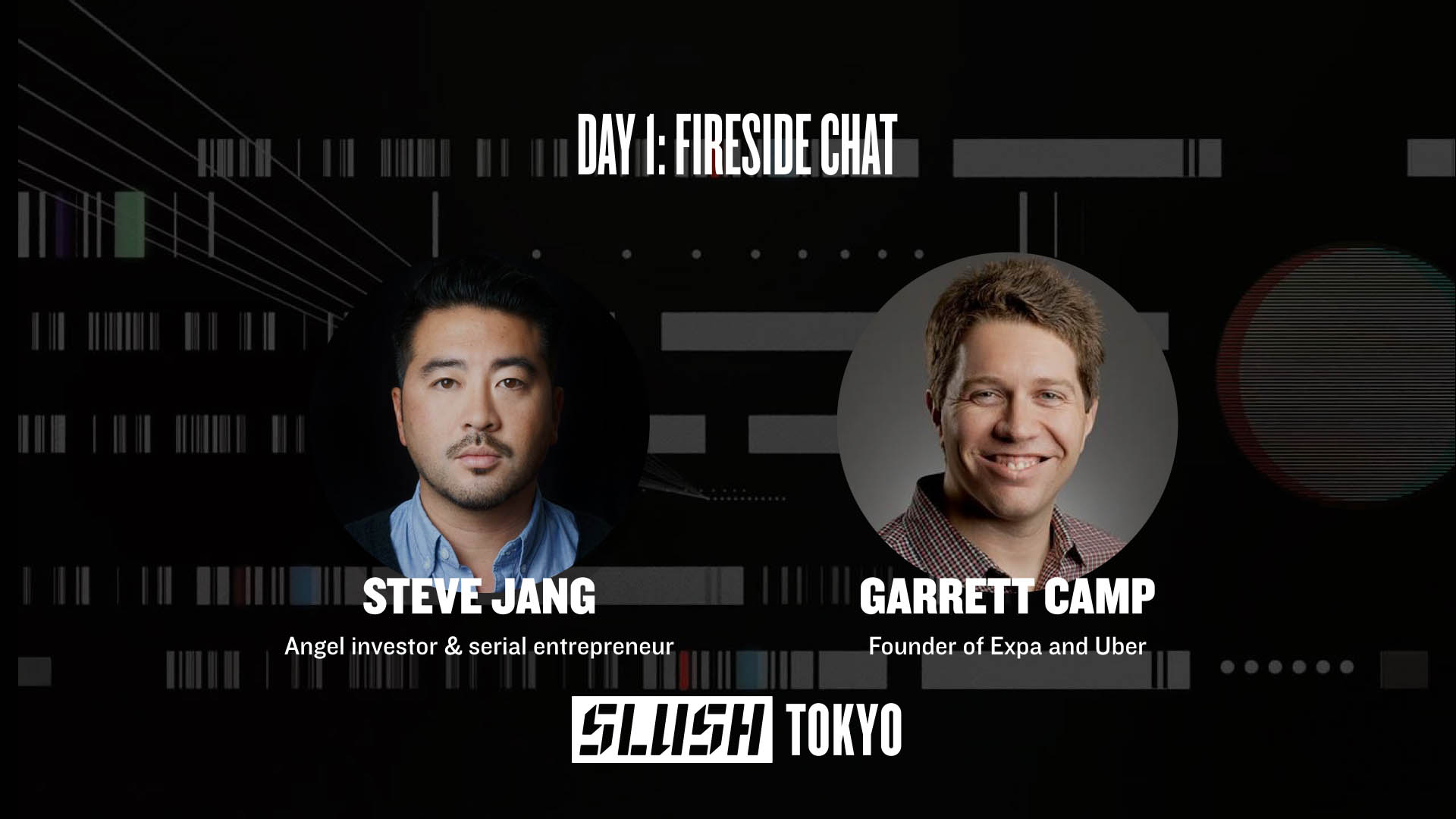 The two speakers’ familiarity will, undoubtedly, create a friendly and discussive atmosphere. They will open the first day on the Main Stage (10:10 am) by sitting down for a fireside chat around a topic of what it takes to start and sustain a world-conquering business. After the talk on the Main Stage, they will head to Slush Cafe for a more engaging and intensive Q&A session.

Steve Jang will step on to the Main Stage again, to close the first day of the event. At 5:50 pm, he joins Aaron Batalion (Living Social Co-Founder), Josh Felser (Co-founder of Freestyle and #Climate) and Eric Woo (Principal of Top Tier Capital Partners) for another fireside chat.

Carlos Ghosn is the Chairman and CEO of the Renault–Nissan Alliance, one of the world’s largest automotive groups. At Slush Tokyo, he will give his last speech as the CEO since in the beginning of April he will step down to remain as a Chairman. On the Main Stage, at 10:10 on day 2, he joins Forbes Japan CEO & Editor in Chief, Makoto Takano to address the topic of spearheading the way into a new age of automotive technology. 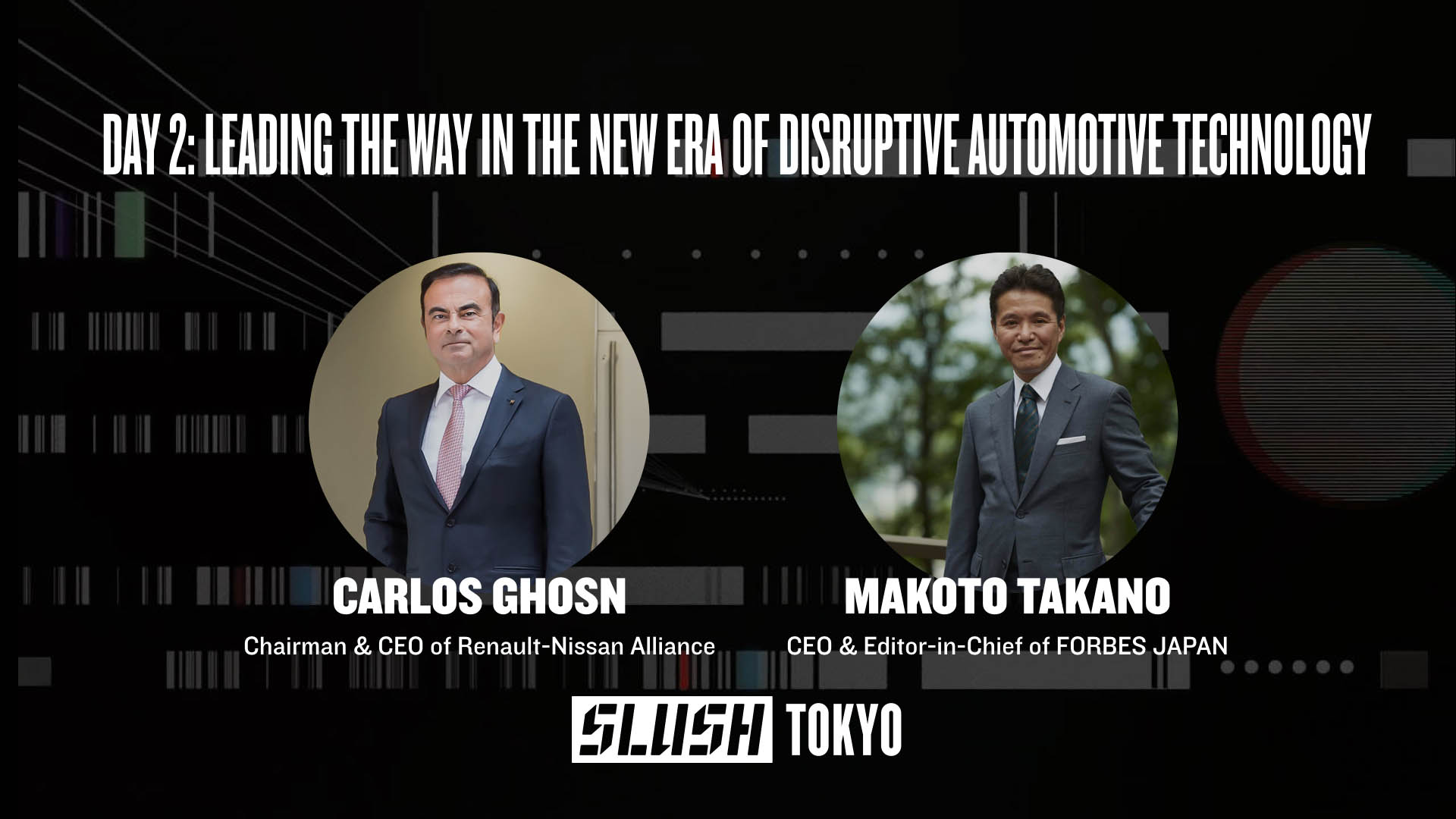 Interesting stories throughout both days

After opening speeches have kicked off the days, more stories will follow. For example, Akiko Naka, the Founder and CEO at Wantedly, Inc., shares her story – all the way from a small idea in her student apartment to become the leading social networking service in Tokyo. Namely, following its official launch in February 2012, Wantedly grew to 1 million monthly active users and 15,000 corporates. Along with Tech in Asia Japan CEO, David Corbin, Akiko will hold a fireside chat on the job hunting experience in Japan on March 30 at 10:40 am. 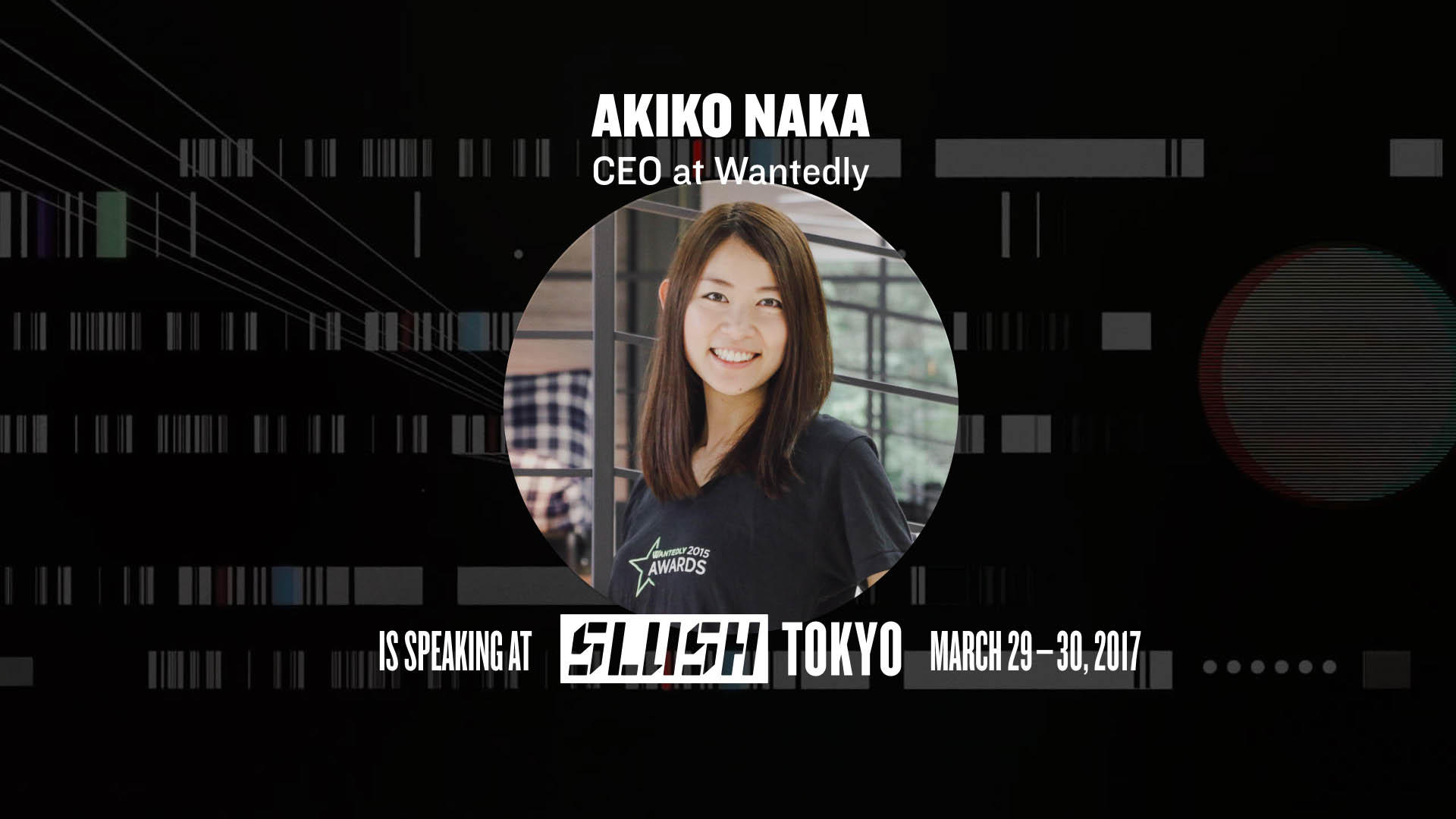 Allison Baum, in turn, is the Managing Partner of Fresco Capital, a global venture capital fund and innovation studio. They have a portfolio of 50 promising technology companies transforming education, healthcare, and the future of work on a global scale, as well as a clientele of leading corporates seeking sources of innovation and new business lines. Fresco’s mission is to facilitate the international distribution of world changing ideas – like the one Akiko had. On March 30 at 11:25am, Allison will give her powerful talk ‘Why Go Global? The Opportunities and Challenges of Changing the World at Scale”. 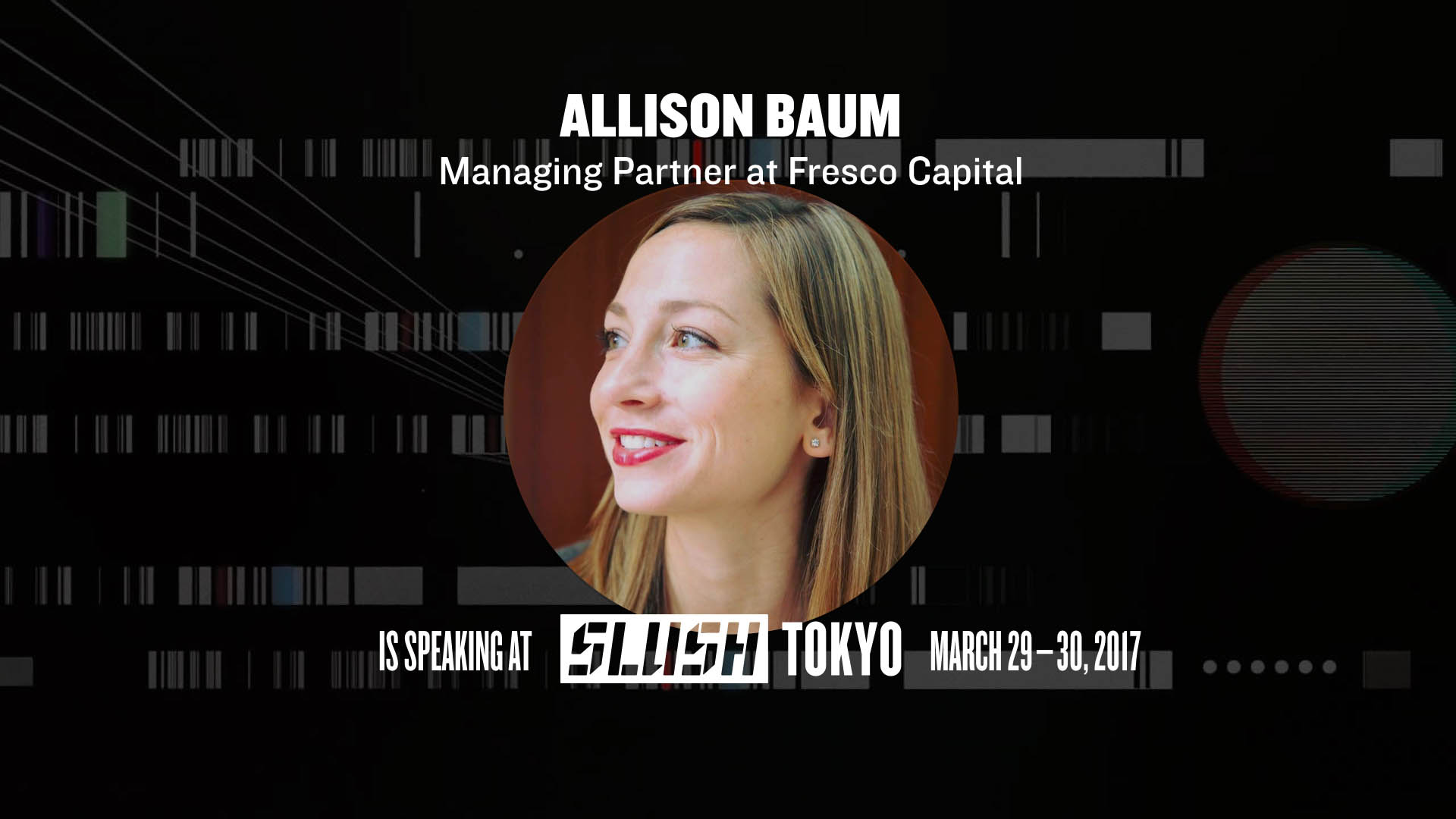 To be honest, this is just a glimpse of what’s coming up. The full program on the Main Stage, with over 60 speakers, is flavoured with Slush Cafe Q&A sessions, Pitching Stage program, and the brand new concept of Dialogue Stage. The doors open tomorrow at 9:00 am – enjoy!