The Japanese Startup Scene – A Reactivation

The economic situation in Japan has been riddled with stagnation for the past 20 years. The deep uncertainty surrounding the future is challenging the country’s corporate sector as general market activity is on a decline. Japan has become a home for foreign acquisitions of local firms, an issue that’s reiterated in Cognizant’s buying of IoT company, Brilliant Service. These series of acquisitions serve as vivid reminders that impactful ideas and thriving entrepreneurs are needed if local companies are to remain competitive. The startup scene heeds this call, bringing a pulse of life in the country’s inactive economy.

The Japanese startup scene is growing at a rapid pace, with many expecting it to play an integral part in rejuvenating the economy. However, given the ecosystem, the startup sector’s expansion is facing a challenge.

“Japan has a large domestic market with major players involved,” tells us Benjamin Joffe, investor and General Partner at HAX, an accelerator in Shenzhen. “This differentiates it from Korea or Singapore, for instance, as there is less incentive to venture into international markets, creating a smaller sense of urgency and softer entrepreneurial initiative.”

Given that most aspects in the Japanese startup environment are rigid when it comes to immediate change, development will have to emerge deeper, from a shift in entrepreneurial mindset and culture. “Starting a business is always risky, and there are downsides to failure. Japanese entrepreneurs generally perceive the consequences as too intimidating,” he says. “The emergence of a grassroots support ecosystem, which Slush is building, will connect the startup world and provide ambitious entrepreneurs with the right contacts and guidance.” 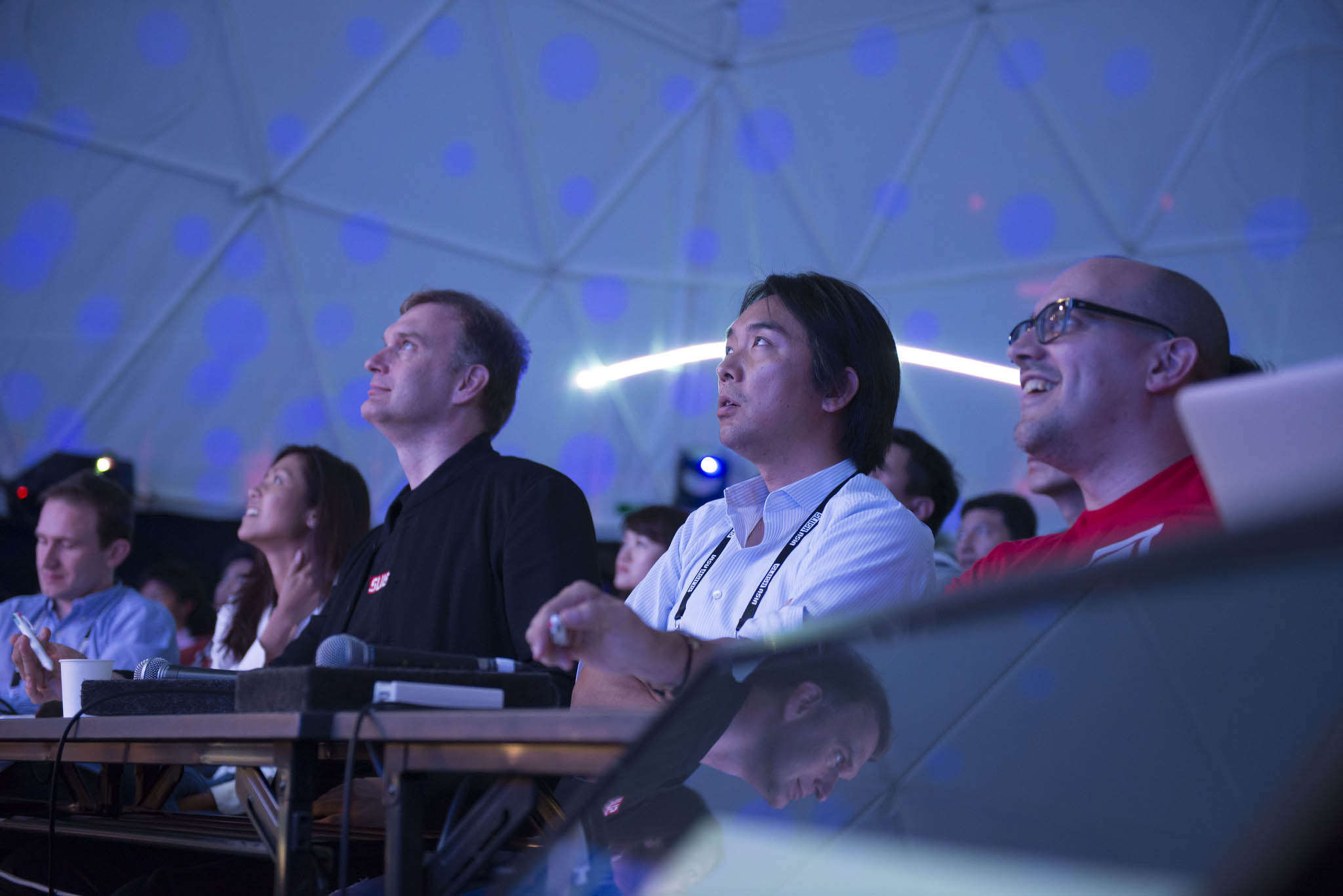 Getting the focus right

There is a massive potential, and the increasing support will help guide the startup scene development. One indispensable advice to startups from Joffe, is understanding that a business should look to answer real needs in our everyday lives.

“Tech-related projects tend to do well when integrating into traditional fields,” he remarks. “That’s why I’m excited to see how they integrate themselves into, for example, health industry and B2B operations, solving both the basic human needs and easing the interaction between businesses.”

The nurturing of startups will also require traditional corporation involvement. Director of Corporate Innovation at 500 Startups, Arnaud Bonzom, weighs in, based on the report he co-authored with INSEAD (How do the World’s Biggest Companies Deal with the Startup Revolution?): “Japanese corporations have already taken notice,” he tells. “25 of the the 44 companies ranked in Forbes top 500, across 23 industries, are engaged with startups in one way or another.”

According to Bonzom, 21 out of the 25 corporations involved with startups are investing directly into startups via CVC (Corporate Venture Capital), whereas only 3 are engaging through incubators and accelerators. “Although incubators and accelerators are long-term plans, investments, especially late-stage investments, are more short-term,” he reveals. “The method choice depends on the underlying goals. I hope to see more long-term, engaging programs in the future to promote the startup scene further.” 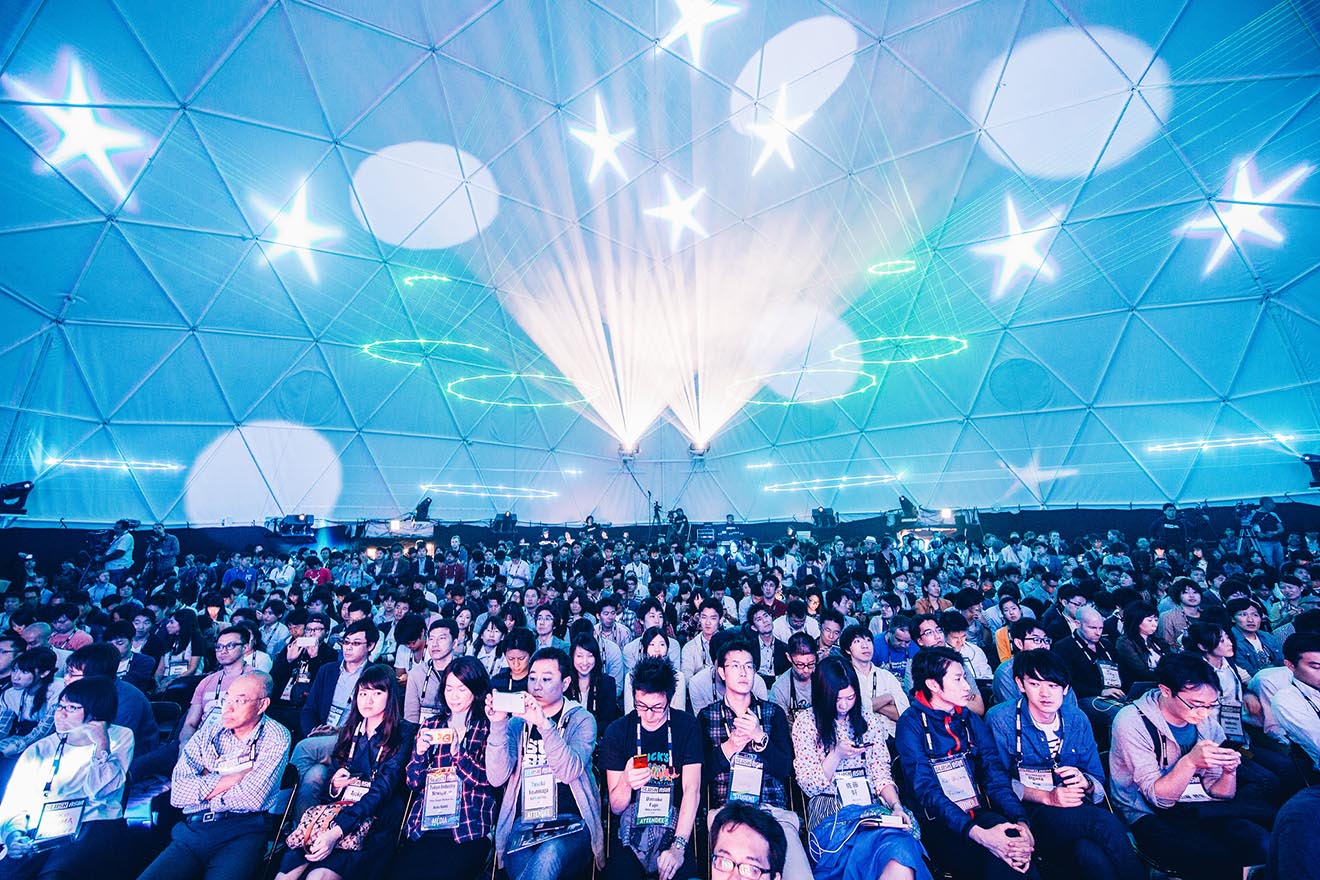 The risk-averse mindset prevalent in Japan is being challenged. More businessmen are taking chances on themselves and thriving under the pressure. To maintain progress, Arnaud advocates world travel: “Traveling and studying abroad forces people out of their comfort zones. Their mindset is challenged and they go forward as individuals. Those experiences are necessary for cultivating the entrepreneurial spirit.” By example, all the gathered ideas and the will to implement them will encourage others to do likewise.

Slush Tokyo embodies the reactivation – the growing startup scene in Japan. It signifies long-term involvement and encourages founders. Slush helps them focus on the right things and to collaborate with investors, media, talents and corporations. What happens at Slush is an elevation of the usual conference into something bigger, a celebration of entrepreneurship. As Arnaud Bonzom puts it: “It’s a unique experience. When you’re at Slush, you know you’re at Slush.”

You can hear more when Benjamin Joffe and Arnaud Bonzom step on to the stage at Slush Tokyo on March 29–30. They will tackle issues of why Japan could build 1000 Sonys and how startups and corporations could work together on the main stage. After that, Arnaud will answer your questions during the intimate Q&A session at Slush Cafe.