Since the beginning, Slush Tokyo has served as a soft-landing platform for foreign startups to meet and establish the right connections whilst taking their business to the next level. At Slush Tokyo, teams can build their networks, explore the Asian market, as well as meet influential investors, media, partners, and customers from the region. This year, there are 18 Nordic startups doing precisely that.

The Japanese market, dominated by major corporations, has traditionally been hard to enter for international companies. However, the country holds great opportunities especially for Nordic startups – for example, because of the strong focus on mobile being similar to both markets. The Nordics are especially known for digital consumer products, specifically games, which account for 33% of the Nordic billion-dollar exits, including Mojang, King, Rovio and Supercell.

One of the Nordic companies travelling to Slush Tokyo is the Finnish startup IVALO. Its goal is to meet potential partners, investors, media representatives, and to explore the Japanese market further. “We are looking to open our business in Japan. We simply need connections to get that done. Our only goal is to be the world’s leading marketplace for small emerging fashion brands,” says Matti Lamminsalo, CEO & Co-founder of IVALO.

The Helsinki based startup has found a way to bring new designers directly to its users’ fingertips. IVALO soft-launched their app, described as the Tinder for fashion, during Q4/2016 in Finland. It became the most downloaded fashion app immediately during its launch week. Now they’re working on bringing IVALO in Japan by the end of this year.

Companies like IVALO, expanding into the Japanese market, will need to modify their products accordingly. Japanese consumers often have a different mindset when it comes to the aesthetics, functionality, and the UX of mobile apps.

Marie Mostad, Co-founder & COO of the Norwegian startup Inzpire.me, is looking to meet some of its Tokyo-based influencers. The startup makes it easy for brands to discover, connect, and pay influencers to share inspiring stories. “We have seen great traction from influencers in Asia, and Slush Tokyo is our first step to learn more about the Japanese market. We want to better understand how we could, by using influencer marketing, help brands in Japan to grow”, says Marie.

After their launch in March 2016, the company has been successful in customer acquisition. Inzpire.me has grown their influencer base to over 300 million followers across the globe, and the team is now looking to take the next step by utilizing data and machine learning. 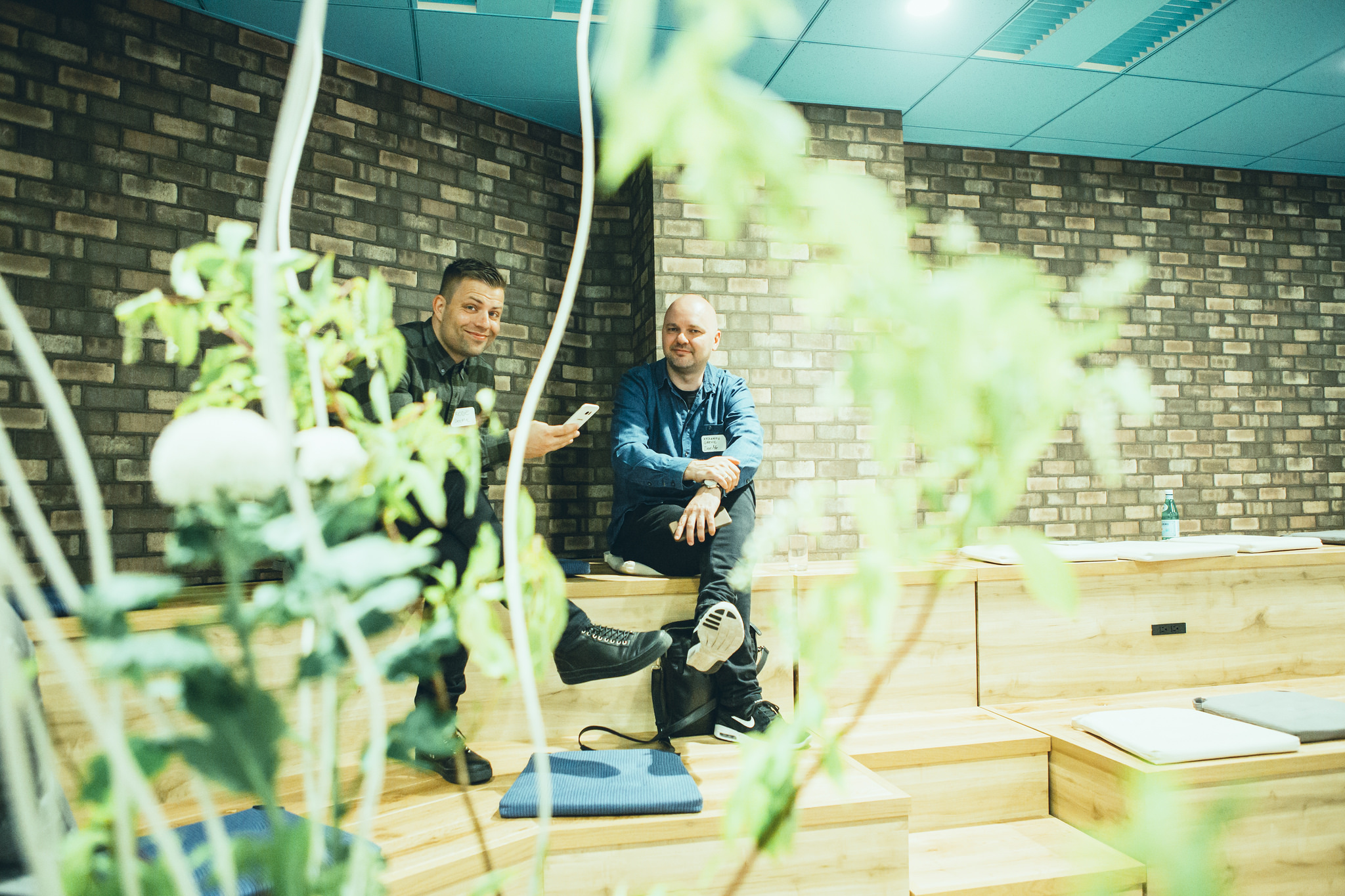 Whilst IVALO and Inzpire.me are joining Slush Tokyo to explore the market, Virtusize has already been in Japan for over three years. The Swedish startup helps online shoppers find the right size and fit for clothing while helping retailers to increase sales and reduce returns significantly. Today, Virtusize has partnered up with renowned fashion brands such as Acne, Totême, Nudie Jeans and Balenciaga. The first online retailer in Japan to launch Virtusize was Magaseek in August 2013. Since then, Virtusize has succeeded in getting more local Japanese retail partners on board.

When expanding to Japan, Virtusize decided to focus very closely on 15-20 companies, mostly early adopters and market leaders. “Due to this focused approach, although our initial growth in Japan was slow, we were finally able to build partnerships with a group of very reputable companies,” tells Andreas Olausson, Regional Manager of Asia Pacific and Country Manager in Japan at Virtusize. After establishing their first client partner in Japan, Virtusize changed to “pull” strategy: “To build our brand reputation in Japan, we started focusing on investing our time in PR and media. It proved successful with many companies actually seeking us out rather than the other way around. After just over three years in Japan, we currently hold a 14% market share here,” he continues.

At Slush Tokyo, Virtusize is willing to meet potential investors from Japan and Asia as well as potential, new team members. According to Andreas, with a solid and proven product established in Japan, the next big challenge is to expand their team. However, finding new members through recruiters in Japan is an expensive and inefficient process. “At Virtusize we have ‘solved’ this mainly by cultivating our own personal networks and identifying a few companies that have overlapping skill requirements with ourselves,” he explains. 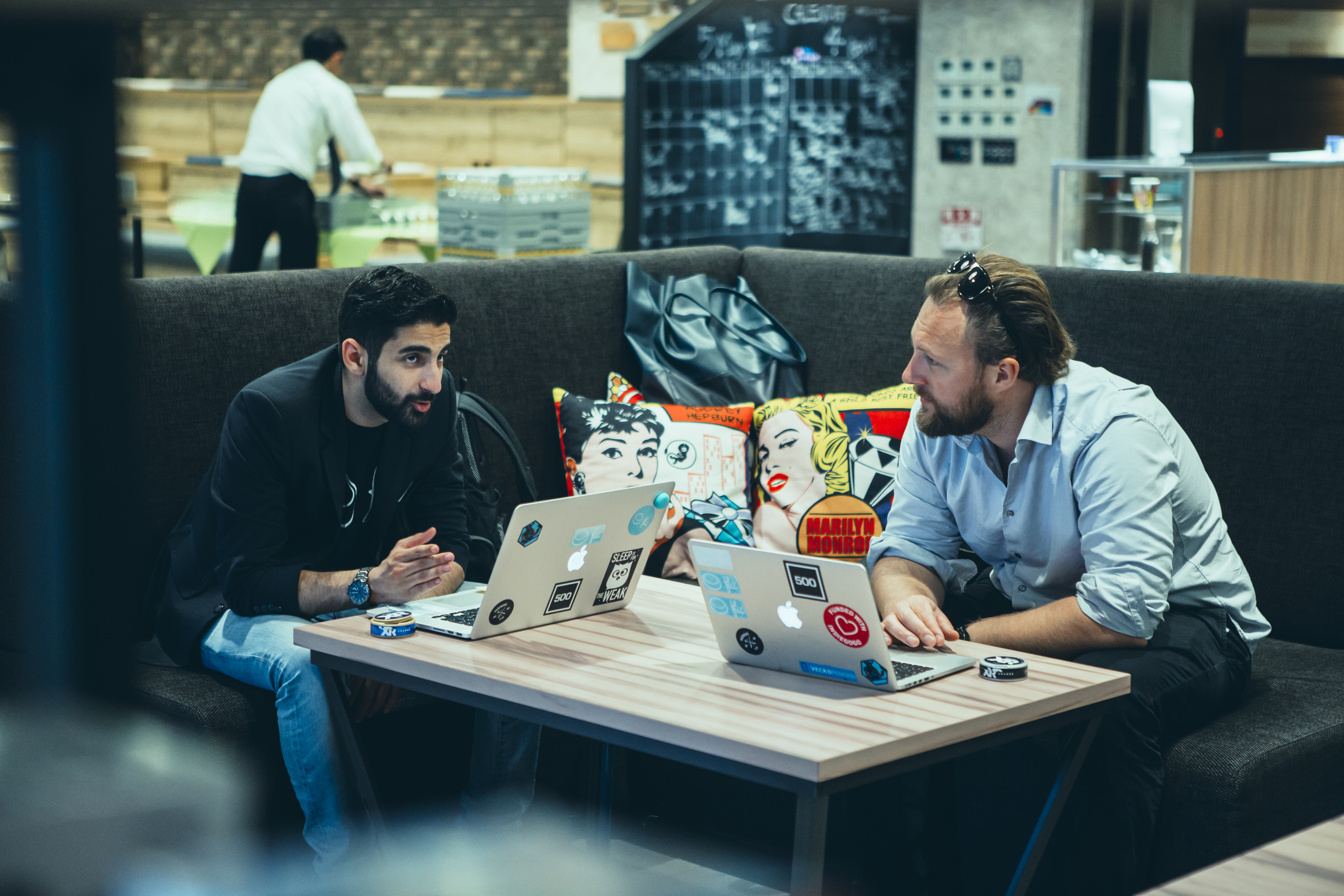 The founders of the wireless smart button Flic; Joacim Westlund and Amir Sharifat came to Slush Tokyo in 2016 to launch their product in Japan.

The Nordic companies heading to Slush Tokyo are:

The Nordic Community is hosting a #NordicMade Mixer in the heart of Tokyo. Come by Tuesday evening, on March 28, to have some øl and snacks, and to catch up with the Nordic community exploring the land of the rising sun.