Interview with Urska Srsen, Co-founder and CCO of Bellabeat

Urska Srsen met her co-founder Sandro Mur on a kitesurfing trip in Croatia. For her, becoming an entrepreneur was a very spontaneous and almost accidental process. Something that started as a project ended up as a business.

It all started when Urska’s friend Sandro contacted her mother, one of the leading obstetical gynecologists in Europe, and started to inquire about problems that doctors had at their work. At the clinic where her mom was working, they’d been talking about a remote patient monitoring system for a very long time.They were searching for a solution that would improve the patient care while reducing the cost of it. With Urska being involved as a designer, they started to develope a remote monitoring system that would enable patients to do small routine check-ups at home and then send the data to their health care providers.

Soon they realized it was hard to integrate them into existing healthcare systems and that patients still didn’t know very much about self-tracking or how to use the devices. They realized that people find much more value in the emotional part of the data. Tracking the heartbeat of an unborn baby was more interesting for them because it was emotional and not so much because it was valuable data for their health care provider.

Urska and Sandro decided to start again, this time they would focus on a consumer product for tracking pregnancy, called Bellabeat at first. After a very successful launch of their first product, they decided to move forward and create something that would be available for all women, not just expecting moms. Urska and Sandro created a wearable health tracker, called the LEAF, tailored for tracking women’s reproductive cycle, activity, sleep quality and stress level. The LEAF was launched in May 2015 and became popular right away.

You have a background in Fine Art. How and why did you become an entrepreneur?

Becoming an entrepreneur was a very spontaneous and almost accidental process. We started with a project and ended up with a business. But actually, being an entrepreneur is far less different from being an artist than people usually think. Creating a product and business around it is a very creative process that demands everything you’ve got to give; knowledge, ideas, time, sweat and love. Much like creating art does.

There is a great emphasis on design with your products. Where do you get the inspiration for your designs?

A great part of the inspiration came from the sole frustration with technology I encountered so far. It was not adjusted to female users not just in design but also in technology itself. I wanted to create technology specially designed to track the health of women but also to pay attention to the aesthetics of the product. I wanted to design technology that was not just useful but also beautiful, something women would actually be happy to wear and use. I guess women have been widely overlooked as users of technology so far and when we design products that are specially adjusted for their needs, they enjoy that and recognize the health benefits.

What has been the most challenging step in building Bellabeat?

The hardest obstacle was to develop a system that would adjust to tracking women’s health throughout all the changes through which her body goes in her life. It’s a widely complicated process, especially when we’re the first ones trying. But my favorite part is when we get positive feedback from our users. That gives us the material and energy to work on and develop our products to perfection. 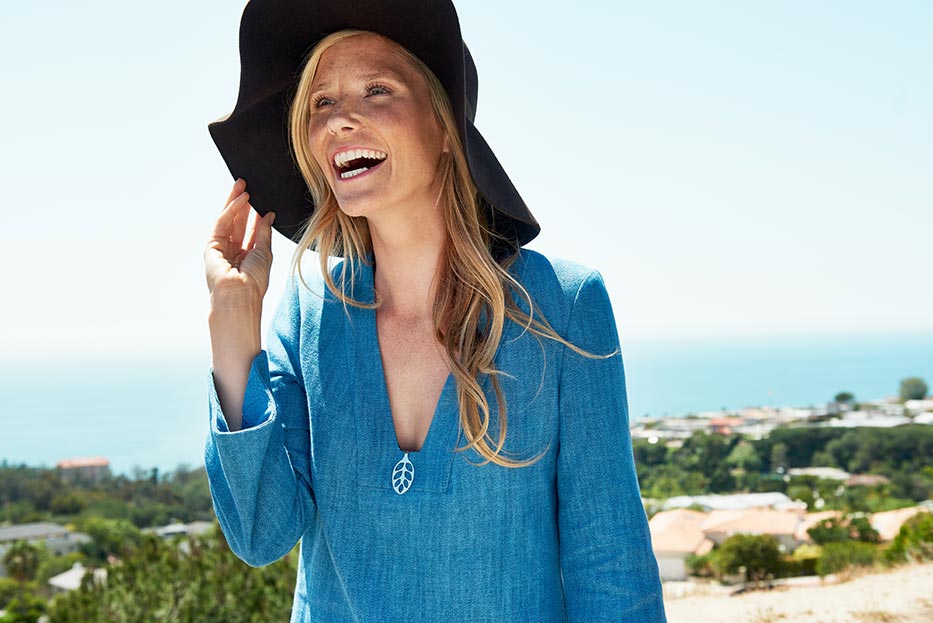 What is it like running a hardware company today?

It’s always challenging making an innovative hardware product and push it through mass production and bring it into customers hands. The most important lesson was that your unique idea is the most valuable thing about your product and that you should never compromise on the things that you wholeheartedly believe in and make you different from the rest.

In which direction do you believe smart jewellery will evolve, is it the future?

I think it’s clear that smart jewellery will become even smarter while more integrated into our style – either with versatility or by transforming into subtle additions, becoming a seamlessly integrated part of our everyday wear. It’s truly inspiring to be part of the movement at such early stage and to feel how much potential there is for further development. Not only in hardware but also in software supporting it. We study and learn from our users and the data every day to be able to build better sensors and offer our users better experience and support.

On the second day of Slush, Urska will be talking about the wearable healthcare on the Green Stage. See the full agenda here.