The Slush 2014 speaker Hiroshi “Mickey” Mikitani is the founder, chairman and CEO of Rakuten, the world’s sixth largest dot-com company.

Mikitani launched the Rakuten marketplace in 1997 with just a handful of employees to offer small and mid-size merchants the opportunity to sell their products online. When the marketplace opened, it only had 13 shops. In 2013, the number had risen to 40,000.

Mikitani’s vision was to stand out from other online marketplaces by offering both high quality and personal service to its customers. The sellers can communicate directly with their customers and make personalized sites and promotions. Rakuten also provides rankings for their merchants. Personal service is highly appreciated in Japan and Mikitani has wanted to preserve the feeling even when launching the “online shopping mall” outside the country. 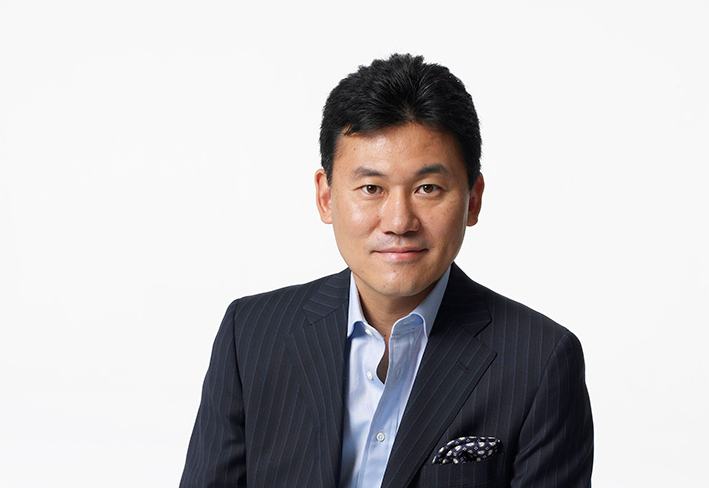 The international expansion outside Japan started in 2005 with the aim to make Japanese products available all over the world. Rakuten has acquired several ecommerce sites across the globe, including Buy.com, and even invested in numerous companies, such as Pinterest, in which Rakuten made a 100 million dollar investment in May 2012.

Today, Rakuten has expanded not only beyond Japan but also beyond e-commerce. It operates in 28 countries and has a market cap of over 17 billion dollars. The company has more than 10,000 employees around the world and has services varying from travel to banking and from ebooks to sports. Rakuten’s own baseball team, the Rakuten Golden Eagles won the Japan Series last year. The Golden Eagles is also connected to the marketplace: customers in the Rakuten loyalty program gain a loyalty bonus every time the team wins a game.

In 2010, Mikitani started a project called “Englishnization” – a term he chose so that everyone would remember it. The aim was to make English the language used in Rakuten, even amongst employees. At the time, the company had a total of 6,000 employees, 400 of which were non-Japanese. Changing the language from Japanese to English was criticized as impossible and stupid but in just a few years, Mikitani succeeded in the language change and Japanese is no longer used in the internal communications of Rakuten.

Hiroshi Mikitani will speak at Slush 2014 in November. You can purchase a pass or register your company to the event here.